The Linden and the Oak: An Epic Novel

English
Rated 5.00 out of 5 based on 1 customer rating
(1 customer review)

Carpatho-Rusyns finally have their first epic novel.
And it is written by an American of Rusyn descent!

This is a book you’ll want to have and will not be able to put down. It is a tale of farmers, lovers, and soldiers. From their humble backwater village in the remote Carpathian Rus’ region of the Austro-Hungarian Empire, Vasyl Rusynko and his brothers, alongside the young sisters Paraska and Yevka Senchak, are caught up in the great tidal currents that marked the dawn and early decades of the twentieth century: World War I, Russia’s Bolshevik Revolution, and the ight from Old Europe to New America.

Through the novel’s memorable characters, the reader is swept up in epic and content-spanning events which form the backdrop to a haunting and moving love story that bear witness to the resilience of the human spirit.

“Wansa is a great story-teller. I was particularly impressed by his ability to convey the psychology of village life. Purely and simply an outstanding piece of literature.”     – Professor Paul Robert Magocsi

“Authentic, lyrical, and historically accurate … Rich in imagery and steeped in the traditions of folklore … A remarkable achievement.”     – Professor Elaine Rusinko

1 review for The Linden and the Oak: An Epic Novel

This site uses Akismet to reduce spam. Learn how your comment data is processed. 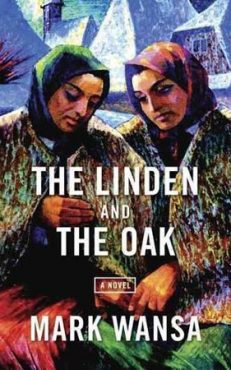